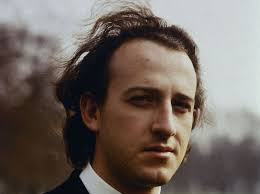 Maurizio Pollini again honored the stage of Carnegie Hall nearly 50 years after his debut, on a brilliant temperate October Sunday afternoon. An elegant, dignified and stooped man of 73, his program featuring Schumann and Chopin demonstrated exactly these qualities. If he performed as if a generation older, there were nevertheless remarkable attributes.

The opening and better half began with Schumann's B minor Allegro op.8, and, if the mood for the program was established as phlegmatic, it was also intriguing, often sublimely textured and limpidly phrased. Mr. Pollini's trademark structural clarity balanced well a muted tonal reticence, as his grand melodic narrations contrasted with rhythmically approximate supporting material. Schumann’s C major Fantasie, at times divine in harmonic depth, might at this point be better in the recording studio than the concert hall, but there was so much that was strikingly arresting and noble, especially in the outer movements, that readers must accept my courtesy not to elaborate further.

One cannot deny a disappointment with his Chopin. The Barcarolle  was cursory to nearly ungainly, despite some ravishing color. The Op. 55 Nocturnes exasperated this listener for their mannered willfulness: the F minor by stringendos, and the E flat as frankly angry. Both were salvaged by inspired morbidezze at their conclusions. The Polonaise-Fantasie was episodic and dull; alas hardly more than dutiful, but the C sharp minor Scherzo had more commitment, and shimmering soft passage work that shivered.
The first encore, the 'Revolutionary' Etude, was strangely imbalanced in that the left hand was more accomplished than the right.

The G minor Ballade was an encouraging warm up to an astonishing D flat Nocturne, exquisite in its diamond-like lucidity and patrician warmth. I gladly look forward to hearing this icon again, whether or not he is in the mood. 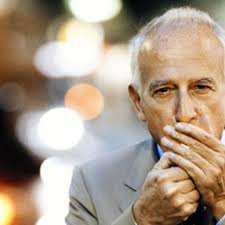 Posted by crackcritic at 2:47 PM