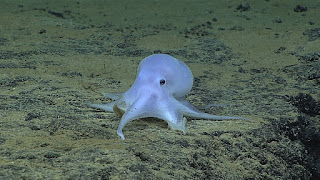 At the close of the concert Mr. Barnatan was joined by violinist James Ehnes and Clive Goldsmith on cello for Schubert's B Flat Piano Trio. With so much that was superb, a disparity of approach between piano and strings was a distraction. Mr. Ehnes' Schubert was buoyant and Méthode Champenoise. Mr. Barnatan's Schubert was more of a Merlot. Not infrequently the pianist's intimacies were realized more clearly in smiling antics like a less mannered Lang Lang than in sound. Mr. Goldsmith was a worthy emissary with his deeply heartfelt singing though at times his voice was stifled in mediation between the two. In the recap of the Allegro moderato transcendence was reached by the group, beautiful in every way and dimension, their legato sumptuous. The second chapter of the Andante was warmed with genuine intimacy by the elegant phrasing of the two string players. In the Scherzo, the energies seemed to defuse, as the pianist became too uncomfortably self-absorbed to recognize his partners’ enthusiasms, and played with a rhythmic inflection more confusing than teasing. Despite Mr. Ehnes opening the concluding Rondo with vivacious delight, the pianist was clattery and uncommital. The dichotomy of presence to support was not apparent.

Before the Schubert, Karen Gomyo played Prokofieff's 1st Violin Sonata in F Minor; at the piano was Alessio Bax. Mr. Bax can be a wonderful and fascinating artist, but tonight he did not choose to. Uninvolved and colorless, he was so remote as to be nearly disdainful. Ms. Gomyo was displayed at a great disadvantage as this sonata cannot work with a partner MIA. Perhaps she should have thrown a fit, and played like Janis Joplin. The violinist managed to project the requisite disturbing moods through the murk that was at times mush. The pizzicatos at the ends of the first and last movement were the most chilling I've ever heard, shaped like tendrils choking a flying rat, and here Mr. Bax answered her sublimely. Her wind in the last movement whistled, though her sound was a bit nasal in the Andante. In the Allegro brusco, she, a responsible and affable chamber musician, gamely tried to meet her colleague in the middle, but he dragged her down.

The evening’s concert opened with Mendelssohn's F Minor String Quartet, Op. 80. At times its lines seemed to be drawn with large and dull pencils, by an octopus angry it wasn’t a bat.