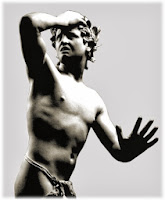 Orpheus concluded their season opening program in Carnegie Hall with an exuberant reading of a crackling-with-energy Beethoven’s 3rd Symphony. Incisively led by concertmaster Todd Phillips; winds and brass most often glowing in intonation and principal solos spiritedly relished; it was a tonic to hear this music played with a classical sense of balance. The turmoil of the development of the Allegro con brio was menacing nearly to violence, but never ugly.  Perhaps the Funeral March moved at too fluid a pace, emphasizing poignant remembrance over wrenching grief - were they too keen to attend the wake? The Scherzo’s pastoral horn trio was poised with great dignity, and the Finale was an unstinting delight without vulgarity. Here there were no über-musicological agendas, but simply the joy of these excellent musicians sharing a masterpiece.


The success of the Eroica contrasted with the first half of the evening. Brahms orchestrated several of his Liebeslieder Waltzes. First written for vocal quartet with a piano four hand accompaniment, this brilliant original scoring invites an intimacy and camaraderie where the music is strong enough to endure schmaltz and ham.  In this lesser known orchestration, Orpheus played with uncertainty in direction and pitch. Time flowed stiffly and the gracious lilt was forced. Even under a sure-handed conductor, I wonder if this transcription would impress as more than just an oddity.
Strange, this democratic leaderless orchestra’s invitation to the American jazz pianist Brad Mehldau and its commission for a concert version of his solo piece Variations on a Melancholy Theme. As he endearingly graced the stage in red and black checkered pajamas, I was soon lost in a reverie, dreaming what headgear he could have worn to express this 40 minute piece. I finally settled upon…….a jellyfish. Not a box jellyfish, nor a Portuguese man o’ war, but a summer cove variety that, while not lethal, is irritating enough to make one leave the water. Could they be trained to play the piano, one wonders. They certainly have more color than Mr. Mehldau. Or, squids have ink. I suspect their compositions would be better written.
Of this work, Mr. Mehldau writes, “I imagine it as if Brahms woke up one day and had the blues.” Though granting this successful pianist/composer a certain soulful vulnerability, he is no Brahms. Though he writes of structure, motives and narrative challenges, each variation sounded more shapeless and masturbatory then the last. In the penultimate, did the music nearly break down because the musicians got lost, or did everyone fall asleep? The audience seemed more listless than engaged. That the meager material given to the orchestra was played indifferently proved inconsequential, though clarinetist Alan Kay nearly single-handedly breathed some life into this dud.

There are harmless Atlantic jellyfish without stingers, the size and shape of donuts. When you bump into them, they thud.