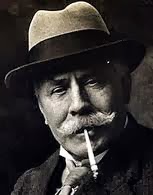 Weilerstein: B-,  Bailey: D+*, Clein: A, Queras: B
(*Indianapolis Symphony: B+)
Alicia Weilerstein’s sincere telling that Daniel Barenboim’s invitation to record the Elgar with the Berlin Staatskapelle fulfilled a lifelong dream, hints at this performance’s undoing.  His well-documented dishonorable relationship with Jacqueline Du Pre, whose interpretation of the Elgar has ensnared the imaginations of young cellists for three generations, provides a clue to this recording's predilection.  An unhealthy partnership was established between soloist and conductor in that Ms. Weilerstein, whose assured playing harkens to Boccelli’s beautiful young girls, scrupulously observes Mr. Barenboim’s every prescription regarding nuance, shape and structural bearing. This detailed style is touching at the beginning, interesting, then tedious, and the Lento sinks from its heaviness (why do cellists make their shifts more important than the notes?).  Vulgar is the variation in the last movement when Ms. Weilerstein joins the lower strings in unison, which sounds like a chorus line of bearded bears in a BDSM club.  Mr. Barenboim, though sure of mind and hand, dominates this music to the point of bludgeoning it.  Overwrought, and hued with a bright technicolored palette, around this endeavor is a haze of creepiness suited more to the imaginings of Richard Strauss.
More natural and balanced comes Carter’s Cello Concerto. In Mr. Carter’s mature style of lean textures and transparent dialogue the crystalline structures of this music are not exactly realized, though well pitched are its gargles and gutterances.  Ms. Weilerstein earns her wings as a ‘serious’ musician by championing this work.  Alisa writes that parts of these seven sections are ‘fun’ to play: Carter’s work is seldom if ever fun to listen to, so kudos to her.
Zuill Bailey’s skills at self promotion perhaps eclipse his achievements in Elgar’s Cello Concerto. The tendency towards sharpness, glib tempos and vanished orchestral accompaniments confirm that the center of the world is not the phallus, but Zuill Bailey’s.
Disrespectful to the Indianapolis Symphony is a black and white photograph of the orchestra with the hirsute Mr Bailey and the pin-up blond music director Krzysztof Urbanski highlighted in color, a la Wizard of Oz. Mr Bailey proves he is a capable cellist but an indifferent artist.  Coupled with three movements from Smetana’s Ma Vlast culled from three live performances under the direction of the promising conductor, the stars of this recording are the orchestra itself, fleet of winds and hardy of brass, whose health and wholesomeness fulfill a mid-American myth. Bravo.

Among these young cellists with strong starts to their promising careers - I’ll hang my hat on … Natalie Clein.  Empowered by a deep humility she seizes on Elgar’s Concerto, and her torrents of commanding passion are ever respectful of the boundaries of good taste and style. The restrained slightly nasal tone greatly serve this post First World War work’s terribly suffering composer; insufferable are the usual wailings by those who adopt this work as a vehicle to render the dotage of a finished man.  Conductor Vernon Hadley’s Eye to Eyed collaboration is ideal, and the polished orchestra’s primary colors distinguish this work’s impressionism as English, not French.  Six transcriptions of Elgar’s bonbons (Salut d’Amour, Chanson de Matin, etc) round out this album beautifully and show another facet of this wonderful artist: lovely, warm and charming.  I greatly anticipate following the triumphs of her career.

Mr. Queyras can make his cello sound like almost any orchestral instrument, and his ability to move through various musical effects at will with such ease and naturalness is chameleonic. This, however, underscores that at this time the he doesn’t have a personality strong enough to sustain our interest as soloist. As remarkable as his sensitive auditory virtuosity is, it seems here used to disguise a lack of emotional depth and maturity. Non-vibrato in the opening theme of the Elgar sounded modern, but like a sine wave, not haunting.
Seeking power, he sounded punchy, yanking the stick from tip to frog, reducing phrases to up-bow down-bow. The juvenile pleading of the largamente bars humbled the fine passagework of the 2nd movement, though elegant was the clarinetist’s rising accompanimental chromatic quarter notes. The 3rd movement was inexpressive and not cohesive. The bravura work in the 4th was shapeless but clear, and the orchestra, for once, in the fortissimo tutti climax, sounded well and free.
Dvorak’s G minor Rondo, a lovely if slight work, shows that Mr. Queyras is a man of good humor and great charm. The Tchaikovsky was hard hit by the conductor, who led a stodgy, perfunctory reading.  Was this recorded in the morning, without breakfast? Grumpy, grumpy, grumpy.
Quoted from Queyras in the liner notes:
“..the Rococo Variations, far from being just an entertaining stylistic exercise, convey a deep underlying melancholy in the slow variations, in which the divine harmonies reveal a genuine and discreet tenderness.”  This performance had a lot of exercise, not much entertainment, and less style. Wistfulness is not whining.

Knowing Mr. Queyras only from this recording, I could guess he is among the best cello chamber musicians around. What ears! But from a cello soloist I ask a deep, throbbing cello sound, one that grabs you by the.....ears. We’ll wait.