The Fondest Adieu; or, À Bientôt, but not Goodbye. 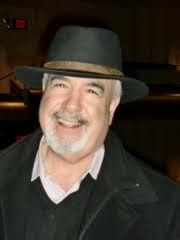 Glenn Dicterow, leaving the New York Philharmonic's concertmaster position
after 34 years and thousands of performances, was
presented jointly by his orchestra and the Juilliard School in a
celebratory send-off recital (inappropriately promoted as a
‘farewell') in Alice Tully Hall Sunday evening. In one of Mr. Dicterow’s CDs the liner notes open with these beautiful sentences from Walter Piston.
“Playing in an orchestra, the individual allows himself to be
absorbed in the mass. In chamber music performance, the musician
retains his individuality while sharing it on an equal basis with his
associates. The soloist is properly assertive and aggressive, striving
to project the music with all the vigor and authority at his command.”
How could the composer so presciently predict our complete musician?

Masterful, patrician, august, yes, but his qualities that enthrall are
a perennial bonhomie, a twinkle in the eye. He has a disarming wink
ever at the ready. This is a man who, more than living the good life,
shares it. With pianist Gerald Robbins, in a devoted partnership of
decades, they opened the program with a sparkling, transparent
account of Erich Korngold’s Much Ado About Nothing Suite. (There is no
violinist who has a superior command of harmonics).

In John Corigliano’s formidable Sonata, if at times the piano’s fast dense
contrapuntal writing overwhelmed the violin, the pliant richly hued
Andantino and the vibrantly declaimed Lento shone. Though Mr. Dicterow
opts not for sentimentality, his playing is never less than honest,
true, and golden. Of the committed collaboration of pianist and
violinist, their heartbeats, breath and stars were aligned.
What was divine in Dvorak’s American Quartet which closed the
concert was his ensemble playing with violist Karen Dreyfus, Mr. Dicterow’s
spouse. With a sound like a magnificent baritone, her warm
full-throated tone, earthy like a truffle, had this listener envious
of their passionate, intimate communication. The other musicians of this group called The Antonin were violinist Lisa Kim and cellist Eileen Moon from the Phil. Effortful yet lacking strength, if they didn't have the flexibility of tone and exact pitch of husband and wife, all were greeted with an immediate ovation; an outpouring of gratitude.

Joseph Polisi, president of the Juilliard School, threw a swank reception
after the concert studded with luminaries and celebrities. As thrilling as it was
to shake hands with Alan Alda and go gaga over Alec Baldwin, the
gracious, unrivaled star was Glenn Dicterow, a most marvelous artist:
a great gentleman of music.