A Day In The Life of…Eduard Laurel, CrackCritic’s Alter Ego. 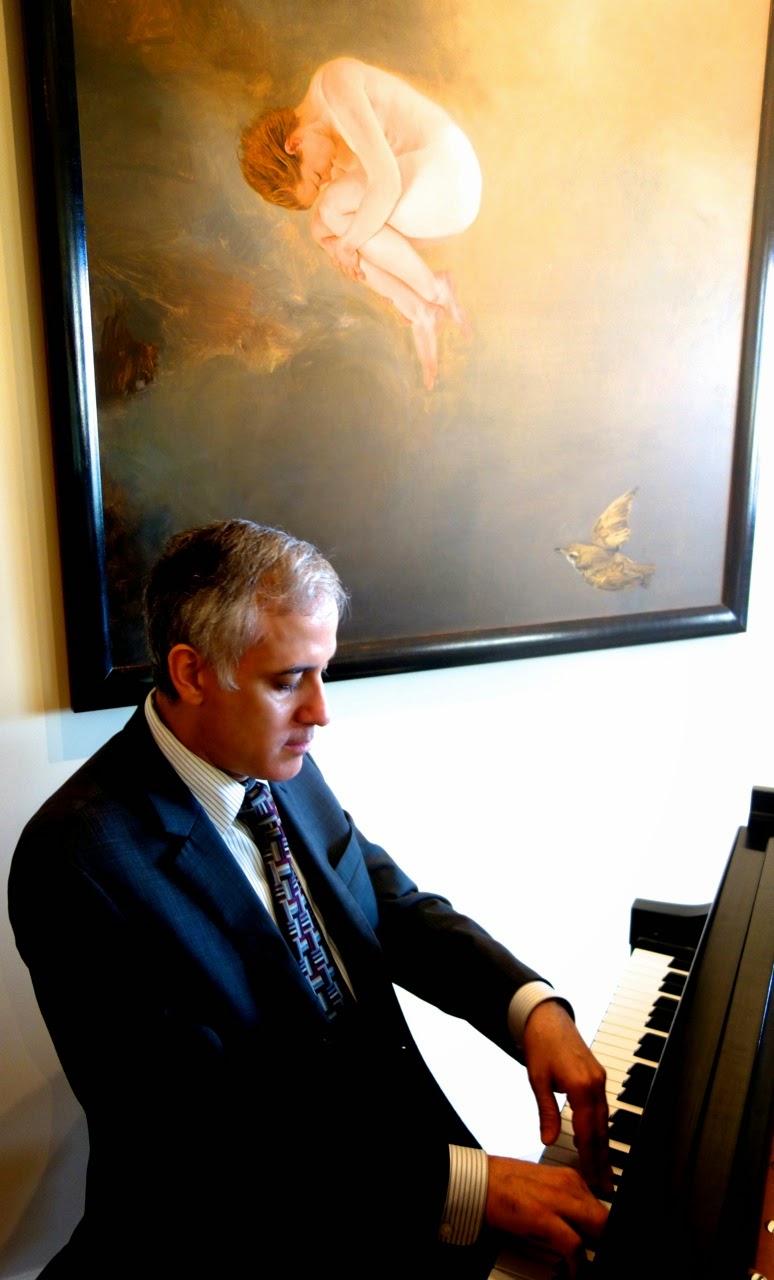 A day or so I awoke at 5 AM with a pounding heart; another day in a perpetual month-long anxiety attack. Bordering on consciousness, I whiled away the next few hours in a delirium, counting each heartbeat, once again mind filled with lunacy.

Eventually, I pulled myself together enough to play an 11am jury at the Manhattan School an hour away, and I somehow mastered the 45-degree pitch of my hands to make it through the Prokofieff G minor Concerto and the violinist’s Debussy Sonata.
I’ve now found the words to describe the august faculty at Manhattan; not dead, but decomposing, each vying for the most baldly convincing expression of contempt towards these young aspirants.

If the lovely short pistol Blanca from Bogota, with the disposition of the most brilliant sunny day was not always comfortable, she still played beautifully. Her B minor Bach was particularly beguiling, in the most personal, seductive way!
The faculty always appreciates my efforts to ground the Beethoven C Minor, a first movement which can often escape the violinist.
As I finished this highlight of the day, I then needed to while away the afternoon until a 6 PM rehearsal with a child and her teacher, for a later recital in Weill on what I call a ‘Pageant Performance.’

I am often disturbed at the ridiculous tempo some violin teachers encourage their students to do. This one kept saying: “No! Again! Faster!”
As always, I calmed myself by thinking: well, it’s over sooner.

Never played faster, at a speed that made the first movement of Lalo’s Symphonie Espagnol sound like Spain on smack, the young Korean violin teacher guffawed at my octave smashes.The rehearsal ended 30 minutes later. “When should I show up to the hall?” “She’ll play after nine.” “Ah, I see! You had originally told me 8:30 performance, and 7 PM for the rehearsal.”

She played just before ten. I was not amused to be kept waiting for almost three hours for the ‘Carnegie Hall’ debut of this little girl. With these kiddie shows, I do my best; I look into the audience of Asian parents that have paid fortunes for the privilege to claim such auspiciousness, and I do my best for their progeny.

As I walked on stage (granted, they had already endured many hours of these performances), the audience returned my enthusiasm for music with boredom and utter disdain.

In the speed contest here called Lalo, I may have missed an octave or two in the tuttis, which were impossible to bring back in time to an at least somewhat musical tempo. This seems to have raised the ire of the teacher.

She texted me afterwards: “You ruined the performance. How could you do this to a 10-year-old girl? We won’t need you for her Juilliard audition. I DON”T KNOW YOU ANYMORE. Bye.”
I responded with the most forceful of words: “Well, you kept me waiting for three unpaid hours. And you don’t even know the tempo of the Lalo. Or, the meaning of the word tempo. Or, the point of music outside of a competition situation.”

“And you think I don’t? Please go and have some pleasurable moments on your own!”*

She responded threatening to call the police, so I gave her their number.

This was the nadir of disrespect among certain people I have so foolishly worked for. No longer.