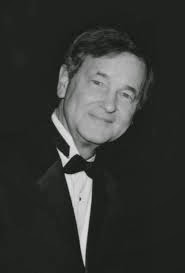 Stephen Clapp passed away on January 6, 2014 at the age of 74. His life was celebrated at Juilliard’s Paul Hall on a stunningly beautiful May afternoon, presented by the school’s President Joseph W. Polisi.

Dr. Clapp (with a smile), always preferred to not be addressed with his honorary honorific, received by the Juilliard School after 27 years of service as teacher and dean. What follows is my encomium to the man through a correspondence with his wife.
------------------------------

It was a great honor to participate in Juilliard’s memorial to your beloved husband. Though I was overwhelmed looking at the magnificent pictures in the elegant program, playing for his student Jordan Hendy’s sterling performance moved me to tears.
Knowing Mr. Clapp and working with his pupils was ennobling; his advice to me musically and paternally was the most precious. A man of the greatest integrity, I admired his complete commitment to his faith even if I couldn’t share his religious views. He led a remarkable life in music as a violinist, chamber musician, educator and administrator who miraculously marshaled and balanced all of his responsibilities.
Though I’ve the pleasure of meeting you only twice, that you were the beacon of his life was touchingly and radiantly apparent.
I send you my deepest condolences.

All Love To You,
Eduard Laurel

I would love to be writing to you on creamy embossed stationary, as your letter to me deserves. I would be if I had your mailing address.
Thank you SO much, Eduard, first of all for sharing your music with all of us at the Tribute.  But even more personally, for sharing your responses to Stephen and his life, with such beautifully thought out words.

I was happy to see that you were playing, as I know that the students very much enjoy working with you, and you them.  Certainly honor was done, for you and Jordan did play brilliantly.   There was a place near the end... and I may not have the right term for the passage... but the scroll of the violin was raised and there were amazingly high, clear and fast "trills"... Jordan was just lost in the music and both the expression on his face and the transporting sound reminded me so much of Stephen. It took me heavenward.   I wanted to shout Bravo... but I said it quietly.

So many are aware of a great hole that is left with his passing... but even more I am hearing of the lasting gifts that he left us, that sustain us and inspire us and give us hope and determination to be to one another all that we can be... with care and grace.

May your find much joy as summer comes and flowers grow,

Some ten years ago, at the last concert of a tour with the Canadian violinist James Ehnes, I noted throughout the day a ‘presence’ where the page-turner sits. In the concert I found myself most gently and subtly guided through the program, to this day perhaps my most accomplished performance. Back in New York the next day I ran into friends who gave me the news: David Garvey, Ivan Galamian’s favorite accompanist, and my mentor, had died the previous day from a heart attack in the arms of Leontyne Price en route to a concert.

At the Juilliard celebration of your husband’s life I sensed a spirit above the audience, something most consoling. I was also greatly moved by Jordan’s final ascending trills, played with a tenderness and anguish unfathomable for a boy his age. I was too consumed to even think of impressing this most distinguished audience; I lost myself in a reverie that I felt this presence not discourage.
I cannot thank you enough for your astonishingly beautiful reply. In times of discouragement I will look to it for solace. How could it be otherwise? You were the partner of this great man.

With All Love And Thanks,

Posted by crackcritic at 9:25 AM