Mahler’s Testament According to Yannick 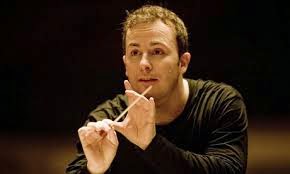 Conductor Yannick Nézet-Séguin is a figure that commands our respect, and frankly, adulation. He is serendipitously matched with the Philadelphia Orchestra, which Carnegie Hall presented in a nearly stupendous performance of Mahler’s Second Symphony on October 31st. This colossal work represents nothing less than the triumph of life over death, and the transitive relation of universal themes to the individual. Mr. Nézet-Séguin manifested this correspondence with outstanding assurance to invite the orchestra’s best playing. This was grandeur without grandiosity, a single-minded dedication to the task at hand without a trace of ego or pomposity.


Exceptional among this superlative orchestra are the lustrous strings; especially when muted in the first and last movements, and the French horns led by Jennifer Montone, whose choir could sound like silk. Clarinetist Ricardo Morales and his partner Samuel Caviezel were undulant in the deliberately moving third, where the winds’ finely embroidered textures were made fantastical by the delicacy of the percussionists Christopher Deviney, Anthony Orlando and Angela Zator Nelson. In the fourth movement the principal oboist, despite his very great sensitivity, cornered himself by the end of his solo by an extreme of soft dynamic. Peerless throughout was flutist Jeffrey Khaner; particularly inspired was his pantheistic solo in the final movement, where the radiant trombonist Nitzan Haroz also shone.

In Urlicht (‘Primal Light’), Sarah Connolly, the British mezzo singing contralto, though warm, did not project in the hall, and Angela Meade, soprano, could also have had more presence, more size. Superb was the Westminster Symphonic Choir under their director Joe MiIler, who wrenched all meaning from Klopstock’s text for their alumnus Mr. Yannick Nézet-Séguin. At their entrance, the sound came not from the stage, nor from the hall, but from inside of us, each and every one. This truly transcendent moment was the pinnacle of the evening.
The second movement was consummate in grace, and poured like honey. Mahler wrote that this Andante is “….a blissful moment in the dear departed’s life and a sad recollection of his youth and lost innocence.” Where was the lost innocence? As richly hued and imbued with the highest musical values this performance was, one wonders if the young conductor has yet space to grow. This Mahler 2 was glorious, and somber; perhaps a touch of human frailty, folly and coarseness could have made for a more probing personal experience.

The Symphony was met with an ovation of cheers at its cathartic resurrected conclusion.