Fasten Your Seatbelts...It's Going To Be a Bumpy Night. 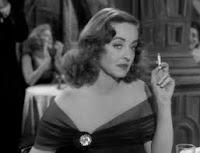 Vowing, after the Indianapolis Violin Competition never to listen to such a thing again, the Tchaikovsky was not even in my crosshairs. However, a dear friend intimated my observations might be amusing. Incapable of surviving 25 24th Caprices and 23 Chaconnes, a dozen hour long recitals seemed possible, if as many Mozart Concertos were not. This disqualifies me to suggest any ranking, yet I do thank all the musicians for their dedication.

In the violin recital round of the Fifteenth International Tchaikovsky Competition there was some commendable playing and much that was puzzling.

The outstanding performer here was Yoo Jin Jang from South Korea, who offered a confident tumultuous Corigliano Sonata with a superb unidentified pianist who had the good grace to dress formally. If her Schumann A minor Sonata was a bit reserved, though earnest, her Schnittke A Paganini solo was vividly colored and played with aplomb.

This dreadful work was delivered less convincingly by the Russian Pavel Milyukov who seemed unwilling to grapple with the obscurities of this music. His Beethoven Seventh Sonata if at times sweet was slow and small, and his Tzigane was effortful. He has not yet learned to bow, and, why didn't he tuck in his shirt?
Another plainly dressed youth was the Norwegian Christopher Tun Anderson who seemed caught unawares, offering uninspired readings of Paganini's Nel cor più variations, Brahms' Scherzo, the Shostakovitch Prelude in C# minor and the Grieg C minor Sonata.


The Grieg fared better in the capable hands of the elegant Moldavian Alexandra Conunova. A certain stiffness made her Ysaÿe Ballade and Saint-Saëns Introduction and Rondo Capriccioso not quite as pleasurable as her accomplished Prokofieff Melodies; the last of which was especially sensitive and ravishingly colored.

A similar program was played by Clara-Jumi Kang. The E minor Allegro episode of the Romanza movement of her Grieg Sonata had good energy and rapport with the pianist, but it seemed this was the only time she was comfortable. Also played were the Prokofieff Melodies, without distinction, and, laboriously, Ernst's Last Rose of Summer and Hubay's Carmen Fantasy.

The prize for best dressed goes to Mayu Kishima in a flowing teal gown with lustrous pearl earrings. Not so fluid was her program, beginning with a rarity by Ysaÿe, the Poème élégiaque, here incomprehensible, a helter-skelter Danse Espagnol of de Falla's, a pallid to inaudible Prokofieff Melodies and a confounding Strauss Sonata. Her distracting histrionics belong on a Japanese soap opera.

Distracting too were the pained facial ticks of South Korean Younguk Kim. His ponderous sonority was well suited to a solo work, Honzanori, by Young Jo Lee, and was adequately gruff in the Prokofieff F minor Sonata, but not for Tchaikovsky's Sérénade mélancolique nor for his scrappy rendition of Tzigane. And, if his piano player was not supportive....
Let's pause and consider the pianists. If all had admirable qualities, too many times the playing and attitude was less than professional. In performance and especially in competitions, it is most unseemly to proffer judgement from the piano bench. There were some perplexing hostilities.

The Taiwanese violinist Yu-Chien Tseng , a beautiful player with a radiant sound provides another example of an uncomfortable relationship. His partner was undutiful as her playing was nearly reckless in these standard works of the Mozart B-flat Sonata K. 454, the Tchaikovsky Mélodie and the Wienawski Variations on an Original Theme. The Brahms A major Sonata fared poorly, but praise must be offered to the young man for his gracious composure and refusal to allow her to distract his spinning of lines in the grand tradition.

Russian Stepan Starikov was not as successful negotiating past his didactic partner who nevertheless played an eloquent introduction to the Schumann/Kreisler C-major Fantasie. Was it ignorance or lack of concentration that made the pianist unsympathetic to the violin's greatest technical challenges? Paganini's La Campanella suffered. Though the theme was always clear as a bell, the double harmonics were rather carefully negotiated. The climax of the 2nd movement of Prokofieff's 1st Sonata was appropriately terrifying, played with abandon and great intensity, but the effect was diminished by his partner's inattentive ensemble. Though there was much beautiful playing, too much was unfocused. His sullen stage deportment was unattractive.

Korean Bomsori Kim wins the award for best stage comportment. Charismatic and immensely likable, her repertoire seemed too far-reaching and varied for her capacities at this time. The pacing of Hindemith's E-flat Sonata Op. 11 #1 was not apparent, and her objectives were unclear. The first two movements of Beethoven's G major Sonata Op. 30 # 3 were tepid. Tchaikovsky's Souvenir d'un lieu cher ended well, but, as lovely as the Sibelius obscurities Tanz-Idylle and Berceuse are, their impression was vague. Waxman's Carmen Fantasy was inconsistent.

Also a bit inconsistent was Russian-Armenian Haik Kazazyan, whose steely tone was ideal for Lutoslawski's Subito in a sterling performance. Less serendipitous was his choice of Grieg's sunny G major Sonata, here hard and inflexible. However, Tchaikovsky's Sérénade mélancolique was arresting with dignified sound and phrasing, capped with a wondrous ending. In the Original Theme variations of Wieniawski he impressed as a player who might be capable of perfection, but not this evening.

The same Wienawski played by another Russian, Sergei Pospelov, was rough, though the left hand pizzicato was remarkable and the waltz rather delightfully maniacal with a fine up-bow spiccato. He was unwise to opt for both the Sonata and the Tzigane of Ravel, as he did not demonstrate an awareness of style. The execution of these was often harsh and ill-considered, though the coda of the Gypsy piece was well done. Tchaikovsky's Mélodie was forthright and not without interest.

Though unqualified, I couldn't resist suggesting these finalists: Yoo Jin Jang, Alexandra Conunova, Yu-Chien Tseng, Stepan Starikov, Haik Kazazyan, and perhaps a tie to Mayu Kishima for her opulence and Bomsori Kim for her charm.

See you at the finals!