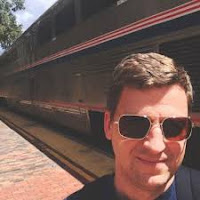 The Seattle Chamber Music Society celebrating its 35th year opened its Summer Festival season the fifth of July with a program sparkling, nourishing and profound. This evening was introduced by the James Ehnes String Quartet, named after its leader who is also the artistic director of SCMS, playing Beethoven's Op. 18 #5. Ever fascinating for its internal dialogues with a sprightliness and honesty that could effortlessly touch on the mysterious, this reading, so natural, had not a trace of bombast, of didacticism. 'Gemütlichkeit' could describe the beginning Allegro and Menuetto movements, the first, fresh; the second with an intimacy, despite a closing possibly dry, that was fulfilled in the Andante cantabile, which had a luminosity of approach that brought to mind the art of Wilhelm Kempf. At its conclusion, Mr. Ehnes and the second violinist, Amy Schwartz Moretti, proved the ideal summation with a sonority inexpressible, unknown. The final Allegro was marked by an unfusty elegance, a robustness that almost never flagged.

Mr. Ehnes eloquently introduced the concert proper with words of tribute to Toby Saks, the founder and devoted director of the Society for 32 years until her death in 2013. Violinist Arnaud Sussman and pianist Jeewon Park opened the curtains with Mozart's A major Violin Sonata K. 305. If the balance could be considered historically appropriate with the piano to the fore, Mr. Sussman's lovely subtle internal shapings only became apparent in the later variations of the Andante grazioso. Marked by élan, his colorings were pastel. Ms. Park was vigorous, playing with a bright tone.  There were some odd timing affects that divided phrases, some ending inconclusively. Ambiguous too was the theme of the second movement. The minor variation compensated for being so tightly reined in with articulations more precious than compelling. The concluding Allegro was a splendid romp to cap this fine performance.