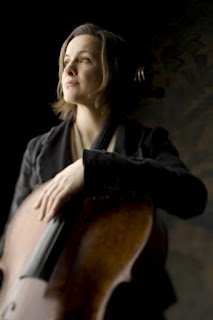 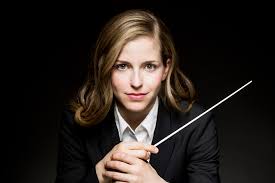 Mr. Fujikura's Flute Concerto, which concluded the concert, had Claire Chase, the founding artistic director and curator of ICE and its programs, demonstrate her exceptional command of extended techniques on piccolo and flutes concert, bass and contrabass. But, 20 minutes of key clicks, violently tongued harmonics, spat tones and quickly wearying flutters proved to be a two-dimensional experience, despite the range of music from chorales to apocalypses, with the occasional leavening of yeasty tonality. The opening might have described a torrent of acid rain composed of big drops with pendulous plops. Ms. Chase's performing style is of a voltage found in particle colliders, whose space exists in the new geometry of four or five dimensions. Every note, every dynamic had its own plane, its own angle, its own stance, its own attitude. Some listeners took umbrage to this show of bionics, but this one welcomed the distractions. Shocking was the cadenza on the contrabass flute. Shaped like a life-sized broken cross, her relationship with the giant tube-thing must politely be described as indecorous. At the end of such an evening, it was much to expect us to rally, though every work was greeted with whoops and hollers.

Violist Maiya Papach was a smooth, cool soloist, even chilling, in Anthony Cheung's concerto: Assumed Roles. Her mastery was displayed to full advantage in the first cadenza’s wide leaps that evoked slipping on ice (yes, pun). Interspersed were episodes of sleazy nauseous jazz that broke the monotony of the maelstrom of 'stuff' emanating from the group that often obliterated Ms. Papach’ rôle; apparently this was Mr. Cheung's contribution to the expansion of the form called 'Concerto.' Long descending lines like bodies falling in slow motion ushered in an elegiac whimpering final solo. And then the music stopped.

More challenging to the assumptions of the 'Concerto' was Brazilian/American Marcos Balter's one for the violin. The excellent David Bowlin’s talents (the punishing harmonics and string crossings were miraculous!) were wasted in this work where the soloist's role emerges gradually through the three movements, finally into a cadenza with a hint of hoedown thrown like a bone in the end. Everything was in ternary form with gestures piled into fragments and ostinati, the very busy outer movements framed a slow one whose warbled twitterings could perhaps mourn the oil-slicked fowls that perished in the Gulf. Mr. Balter favors treble sounds, and he unabashedly glances at tonality both vertical and horizontal, though that says hardly more than all the many notes.

Chinese born Wang Lu's Cloud Intimacy for six instruments and tape curiously made it under the door as a chamber concerto, based on a questionable premise. Teaching a class on 19th century music, frustrated by the attention deficit of her students on their gizmos, she conceived the idea of ‘Wagner Meets Tinder’. Ms. Lu wrote, "It is a musical commentary on absurd internet social phenomena and the reality of deeply felt loneliness and isolation." The focus here was on the absurd. There were honks and squirts, there was a recording of a bird. There was saxophone like you hear on the subway, there was ballroom pastiche. There were mild theatrics; the one that got the most good-natured titters was at the end when the clarinetist took a selfie and posted it to the aether. Perhaps there was a bit of Liebestod, but there was certainly Three Blind Mice.

Claire Chase is a paragon of what it means to be a musician on top of the 21st century. She wields her grant and fund-raising pen with the same dazzling virtuosity she blows through her flutes; her skills at organization are as passionate as her crusade for the music of our time. From this program, however, there is nothing this listener would ever choose to hear again, and might only remember the names of some great string soloists and a giant flute. All the pieces sounded against the wall of a deadline, and though comprehensible as music, the meaning and significance of their art seemed to be transitory. One might ask the ICE queen Ms. Chase to insist on more from her composers.