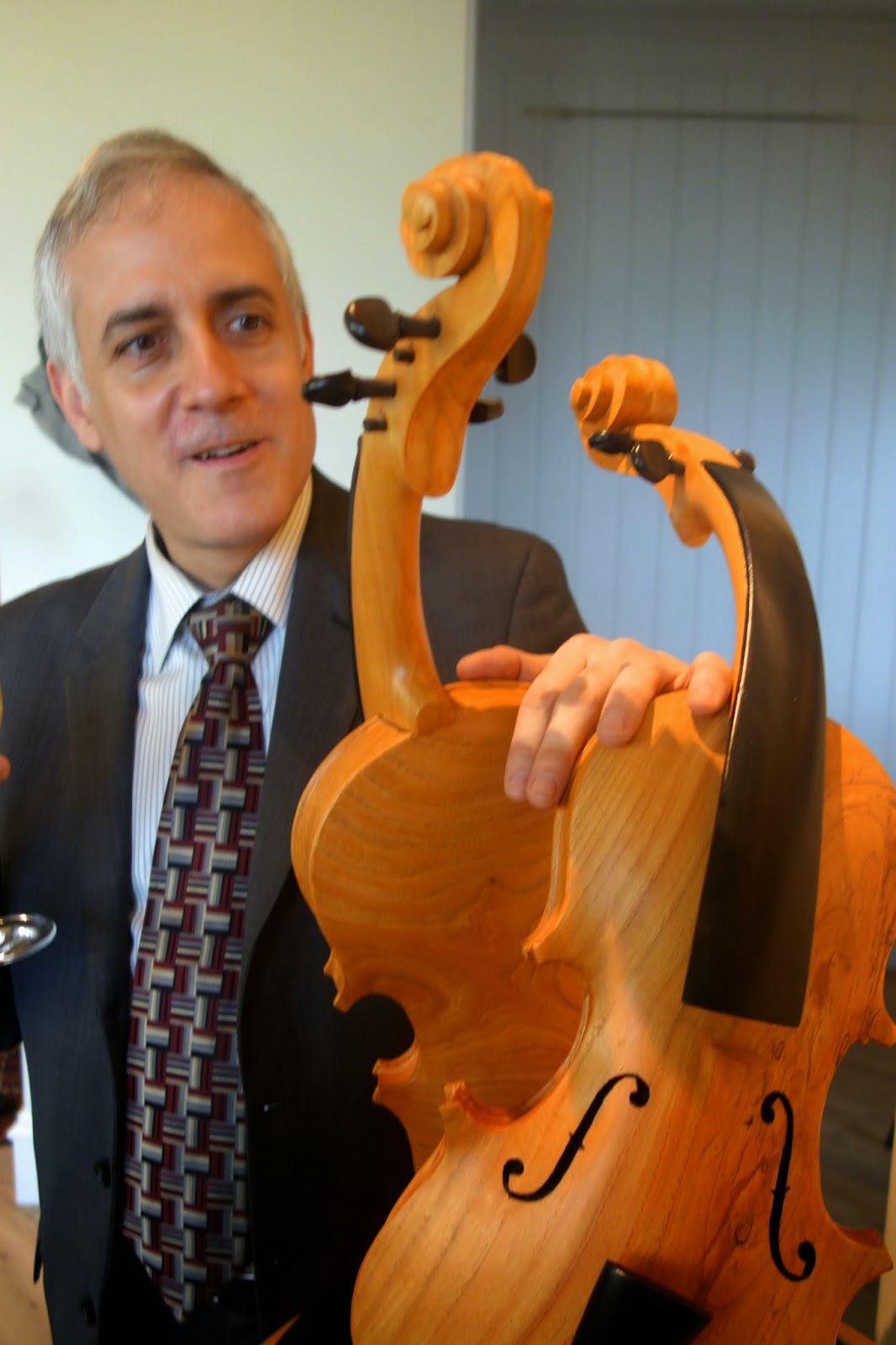 These performances are from the second day: Saturday, September 13, 2014.

Jinjoo Cho
Jinjoo Cho’s first Beethoven Sonata pleased by its smiling and tender sensitivity, never forced, whose personable thoughtfulness enthralled the audience. Her Zwilich was warm with thrilling sound, only very occasionally over-impassioned.
In the Prokofiev F minor, her first movement had a compelling and atmospheric sound, appropriately morose. Her second and last movements, however, suffered from a kindness, smoothness even, that was lacking in the violent authority needed for these pillars of wartime writing.
Waxman’s Carmen, curiously, did not quite match the quality of the opening of her recital.

Stephen Kim
A confident player, one cannot fault Mr. Kim for tending towards the overly so in his Beethoven Sonata No. 7. To his disadvantage, every forte down bow was begun from above the string - Beethoven occasionally writes ‘marcato’, but not constantly. In Mr. Kim’s accompanying figures, he was not as attuned as he could have been to his partner.
His Zwilich was approached with flair.
In Prokofiev’s first sonata he seemed rather bored whenever he wasn’t playing, as though for him the music stopped when he did. We must thank him for some exciting moments in this sonata, however, and his energetic Rondo Capriccioso.

Steven Waarts
As prodigiously talented as this tall young man is, he doesn’t quite seem comfortable in his likely recent height and breadth of arm and hand. If the Beethoven No. 8 seemed a bit ill at ease, his Bartok Solo Sonata, as he progressed, gained quickly in mastery, no easy task! The commissioned piece was in every way gutsy and truly lyrical, and for once, effective.
As sweet as his Ravel Sonata was, his first two movements were a bit colorless, yet the last was played with assurance and aplomb.

Ji Yoon Lee
Ji Yoon Lee began with the Zwilich Fantasy, which seemed to take care of her nerves. Her Beethoven No. 6 was sweet and demure, though she might consider not swelling in both hands in either direction on nearly every longer note. Her Prokofiev F minor lacked an engaging personal profile, though many would consider her rendition professional.  As an ender, she played Wieniawski Polonaise No. 2, often immaculate, but not robust enough to close this recital.

Posted by crackcritic at 8:54 PM