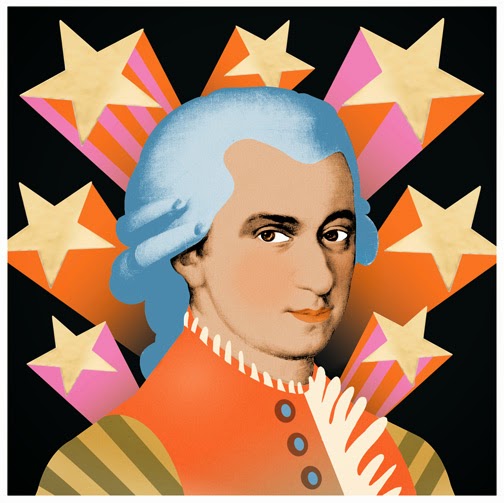 Her Allegro began clearly and brightly, but became labored and unfocused by the end of the exposition. The development was uncompelling, though she led the orchestra quite well. Generally all was undifferentiated; a model of accuracy, if without personality. The cadenza was calculated and careful, the ending harsh.
Her slow movement was reedy, shapeless, lacking in transparency though well controlled. Her phrases ran no more than ten notes at a time.
In the Rondeau, she had a certain upbeat mannerism; sunny, yet without variety. She has a nice profile in front of the orchestra, although she managed to forget about the winds, it seemed. There were parts in this movement that would make for great Muzak in upscale Midwestern sushi restaurants. Her cadenzas were admirably clear, but she has no sense of development, of the path of music.

Her first movement was refreshing and mature musically, with breathing, phrasing, though not as tonally progressive as a soloist with orchestra should be. She had some expression in the development, but then tuned out and lost the ability to play in the center of the orchestra’s pitch. Her cadenza could have had rather more imagination and fantasy.


Her Andante Cantabile was sensitive and musical, but affectedly so, and was not quite interesting enough. The cadenza was very good with an undeniably beautiful ending.
The last was too collegial; her characterizations were not bad, but without flexibility. It was nice to hear, though, and it seemed the orchestra appreciated her accomplishments. If her charm is not yet as natural as her breath, her nascent efforts are greatly appreciated. Her last cadenza was wonderful, and ended superbly.

Ms. Kim's opening was tight, and the Allegro was reputable, although the orchestra sounded fatigued, possibly because nothing was ever surprising or delightful. Her development was adequate, distant and charmless. The cadenza was an interesting one, but heavy and pointed in the right hand.
Her Adagio had a gleaming shining tone, but without fundamental grace or drama. One wishes to to hear this style of playing on the recorder, not the violin.  Her cadenza was original, nice, and with better definition (and finally not played in 8/16).

Her Rondo featured some sopping vibrato so wrong for this movement, this listener's skin crawled. She slid around some in the minore, yet there was never actually any freedom. It sounded mechanical, predicated. The celli and bass percussion did not impress; if she asked the orchestra to do such effects, it was irresponsible she didn’t enter herself into this dangerous fray. Later, she managed some direction, though her voice became irritating. Again as from nearly all of the finalists, the cadenzas were her best playing.
Posted by crackcritic at 7:01 AM